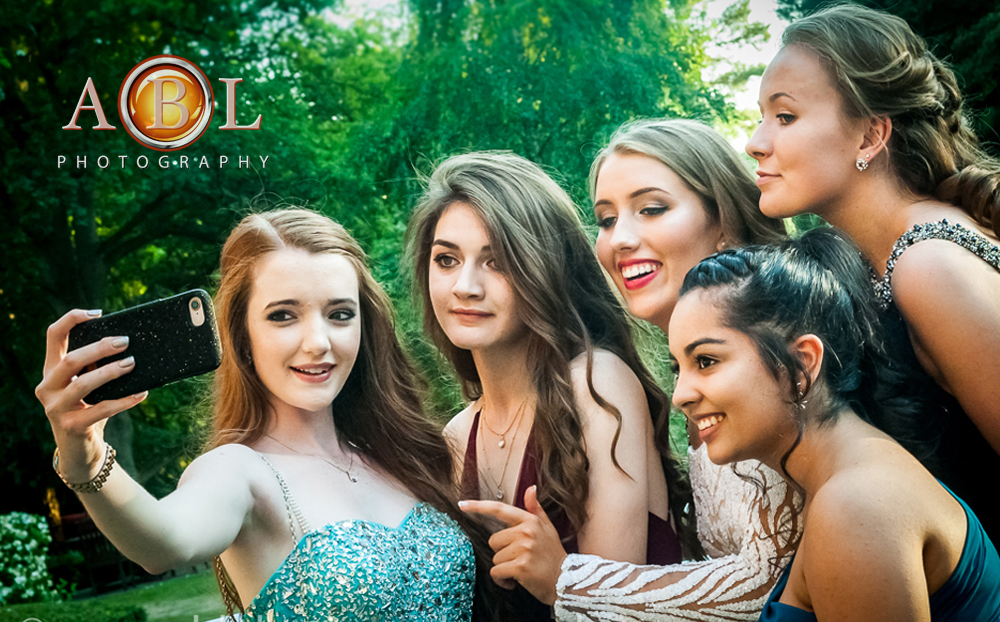 The rise in popularity of smartphones combined with their ever-increasingly advanced cameras is often seen as the death of the DSLR camera. Smartphones are viewed as less bulky, easier to use and more social media-friendly, perfect for amateur photographers. And yet, despite these advantages a professional photographer rarely uses a smartphone to take graduation photos or wedding photos.

Of course, in both these types of events, you will see a lot more smartphones in peoples hands than you would DSLRs. But popularity doesn’t equate to superiority and while smartphones may be more convenient and less bulky, that doesn’t mean a professional photographer would ever use it for work.

No matter how smartphone technology advances there will always be fundamental limitations that prevent smartphones from replacing professional cameras. One of these limitations is sensor size, which will always suffer due to the size of smartphones.

Another common problem with images taken on a smartphone is that when they are printed they often appear much more dark and drab when compared to the photo on the screen. This is due to smartphone screens displaying the image by directly emitting light while the printed image reflects light.

Since a smartphone screen is a light source your images will always appear brighter with more vivid colours on screen compared to when they’re printed. This is one of the areas where the differences between a DSLR camera and a smartphone is most evident.

The Problem With Lenses

In addition to the issues with sensors, DSLRs also feature interchangeable lenses that give you a greater level of control. Smartphones, one the other hand, are forced to find a balance between wide-angle and telephoto lenses. Often, it is the telephoto side that ends up suffering the most.

As a result, smartphones struggle with long-focus photography. In addition, the auto-focus ability that comes with modern high-level cameras simply cannot be matched by smartphones.

Smartphones are also considered a jack of all trades and master of none because of the not too wide and not too telephoto nature of their lenses. This means smartphone lenses are too wide for a flattering close-up portrait and too telephoto to take in entire landscapes. With a professional camera, you don’t need to compromise as the lens you need is out there for you.

Made For The Task

Another aspect that is often overlooked is the ergonomics of a professional camera. While smartphones are designed to do a lot of things, such as play music, access the internet, play games and take photos to name a few, A DSLR is designed to solely be a camera. A smartphone is designed solely for the task at hand, which means it will have some shortcomings compared to a DSLR.

This comes across when attempting to use a smartphone to take photographs. Smartphones feel unwieldy to hold in front of you, making it difficult to frame your subject through the screen. A professional camera, on the other hand, fits in your hands well and easily allows for line of sight connection with your subject. In addition, the controls are also intuitive and easy to learn.

Smartphones also lack manual controls, which can be a big problem while working. While a camera isn’t “smart” and can’t automatically ignore a random guest that strays into shot while you are photographing a couple at a wedding, you can tell it to do so. This kind of fine control isn’t possible on a smartphone and this level of refinement can make or break a photo. Especially if you are working under pressure.

On the side, smartphones have also had some positive impacts on photographers. For one, they have created a culture of photography. With the rise of smartphone cameras and Instagram, everyone loves taking and seeing pictures. There is a greater demand for photos now than ever before.

Secondly, the advancements in smartphone cameras and technology have resulted in higher-quality images being accessible to more people than ever before. And while this could be considered a negative, it has also created higher expectations. People now expect great-looking high-quality images all the time. This appreciation of quality will lead people to realise the limitations of non-professional equipment combined with the lack of training and experience and instead call in the professionals.

Smartphones are great for taking quick, fun photos which can be quickly shared on social media. They are responsive and take a decent standard of pictures which is great for capturing moments without having to interrupt the moment to get out a real camera. However, when it comes to working as a professional photographer, you can guarantee that a professional camera will win every time.

Dan Baker is a Content Writer that works with Lafayette, Ireland’s leading academic and commercial photographers.